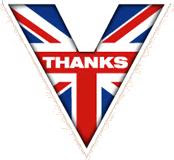 On this day 75 years ago, the Luftwaffe launched its largest and most concentrated attack against London in the hope of drawing out the RAF into a battle of annihilation.

Around 1,500 aircraft took part in the air battles which lasted until dusk. The action was the climax of the Battle of Britain. RAF Fighter Command defeated the German raids.

The Luftwaffe formations were dispersed by a large cloud base and failed to inflict severe damage on the city of London. In the aftermath of the raid, Hitler postponed Operation Sea Lion.

Email ThisBlogThis!Share to TwitterShare to FacebookShare to Pinterest
Labels: battle of britain